I'd post to Livejournal more often if it would let me sign in! Logging on only works half the time, and when it fails it locks me out for a while just in case I'm a robot. Sigh.

Anyway, I wanted to revisit TwitchPlaysPokemon, to let you all know how this experiment in directed meme generation has gone. It's a surprising history. It's also very long. 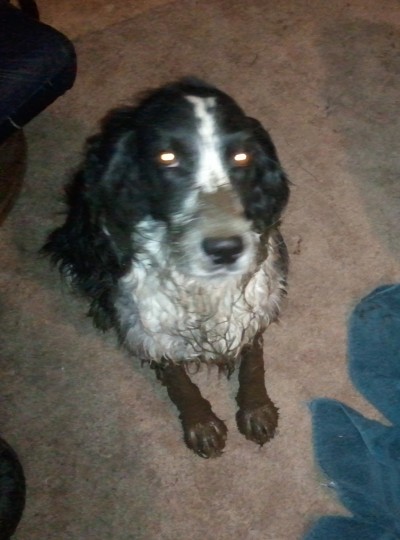 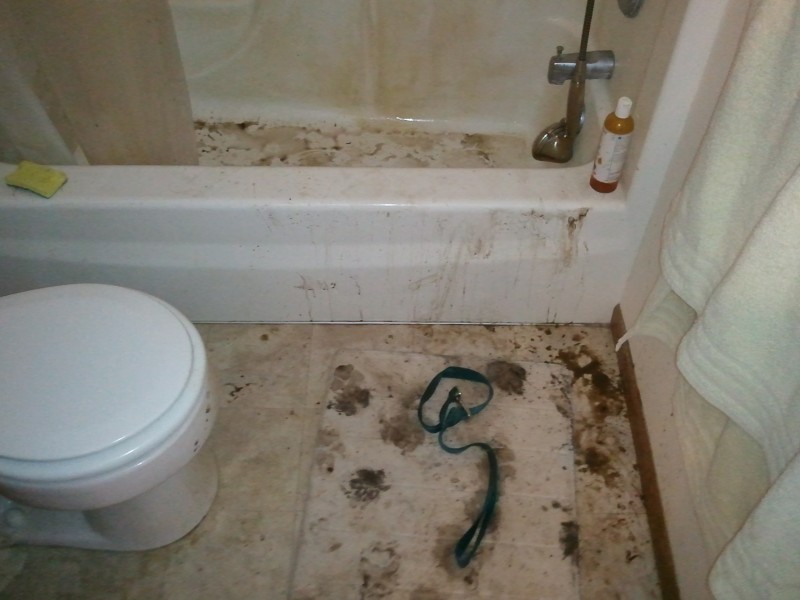 I know, I know, this journal has been seriously lacking in pictures of the Extradimensional Retriever. But yesterday was Cinder's first birthday, so now I *have* to post a picture. Here's a rare moment of good behavior. 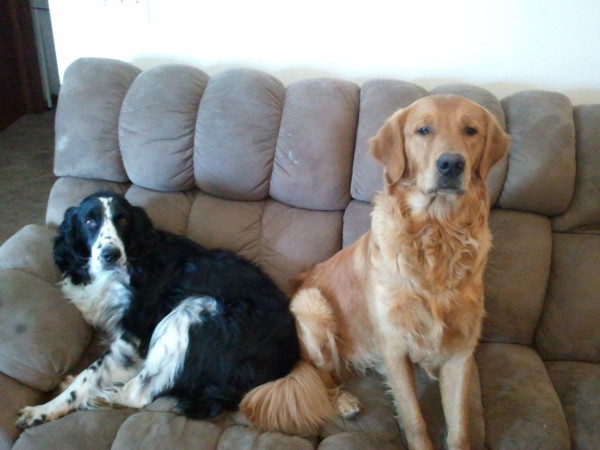 You all know that I'm interested in shamanism and the development and evolution of memes. So it should come as no surprise that I've been enraptured by Twitch Plays Pokemon.

Haven't posted on LiveJournal for a couple months, it seems. So I might have surprised some of you when I used Twitter today. I have an explanation -- I just heard about the #CarinaPitch event and wanted in on it, so I used Jacob Doe's twitter account to throw in a pitch for Platinum Donkeys. I don't think I'll be using that account much more, but I'm considering getting another account to use Twitter.

I haven't been journalizing because there isn't much to talk about. Winter has been so severe that I don't want to go out. Cinder is growing, and Jack has melded into the family. Both dogs have cabin fever, so they bother me a lot at my computer, which means I'm not as productive as I'd like to be. Still writing ORTL -- it's at about 40k words now. Genocide Man is doing well, although I haven't restarted ads yet.

I have a big backlog of things to do in my free time. I've made a list, and in the interest of posting content here I'll share that list with you. This list doesn't even contain the sudden commissions that I'm doing, like the Minicon t-shirt or an LoL comic contest I'm going to enter. It also doesn't contain home chores (the blizzard damaged the roof so I need a new one, and a pipe in the bathroom has cracked). This is just writing/comic stuff.

It's not too much to handle but I feel overwhelmed. I'll feel better when the thaw comes. Hope you're all hanging in there as well.

Just a note -- the web host for Genocide Man is down. It's not just my host, Bluehost. Any site even slightly related to Bluehost, such as Hostmonster or Channel.UK, is also dead at the moment.
So it's not me, and it's a big enough problem that I'm sure someone is working to correct it, even on new year's eve.

The best kind of Jews are the ones who, as a tradition, eat bacon cheeseburgers for Hanukkah. I love people who don't take religion too seriously.

I did mention that I have a new artist, didn't I?  He is Michael Yakutis of Webcomic Underdogs, and he's terrific.  He's also convinced me to do chapter covers in color.

Boy, I am terrible at taking video.  Or maybe my phone is too old for it.

I'm not saying that Obama *is* playing ten-dimensional chess, but if he *were* the timeline might look like this:

October 21st (the next Monday): Obama announces a meeting with Asian leaders including Chinese Premier Li Keqiang and Japanese Prime minister Shinzō Abe, saying that the American/Asian summit can no longer wait for the government to re-open.

October 22nd:  Obama announce the forgiveness of $2 trillion dollars of debt in return for concessions involving Nepal and islands such as Midway and Taiwan.  The debt limit is no longer a factor.  In fact, because of the lower debt we now have lower interest payments and are no longer running a deficit.  With the stroke of a pen the US is now running a surplus.

October 29th:  Thoroughly humiliated, Speaker of the House John Boehner kills himself in an incident involving a tanning bed and auto-erotic asphyxiation.  The House votes to re-open the government.

October 31st:  Children are sent trick-or-treating for Halloween with the added warning to not take too much candy or the ghost of John Boehner will take their government away.
Collapse